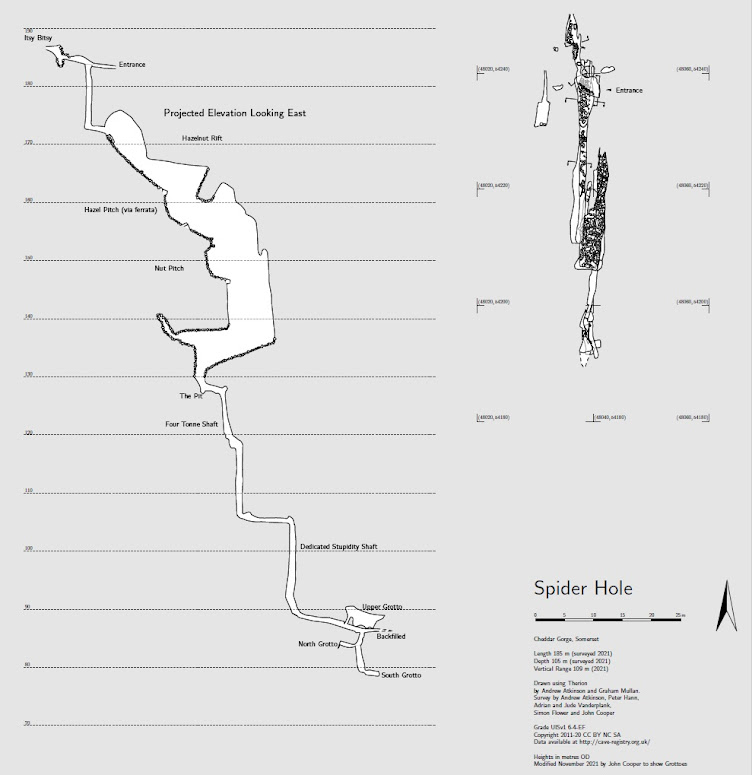 John Cooper, Graham Price, Wayne Starsmore, Adrian Vanderplank and Jude Vanderplank. Graham had arranged with Paul Ballantyne, the Caves Manager for Longleat Estate, that we could have access for the purpose of recovering perishable tackle from the cave. We had expected Paul to accompany us but when we met at 10am he said he would not. It was Graham’s first time down and I think he was suitably impressed. At the bottom both Graham and Adrian took photographs then John and Jude updated the survey data. Digging tools (long and short crowbars, hammers etc) were moved on out to the surface in stages. All the SRT ropes were removed as were the ladders. The hauling ropes were left in place. The cement tub was emptied of gone-off cement and also brought out for cleaning. The hauling rope normally left just below the gate was left at the top of Nut Pitch. It was quite drippy today. Wayne took photographs of the various hangers for the record. Several bats and lots of bat poo. Not sure when we will be allowed back in but don’t hold your breath. 2¾ hours.

Posted by Spider Hole Dig at 09:15 No comments:

John Cooper, Adrian Vanderplank and Jude Vanderplank. Took in 2 bags of sand and capping kit. One mix of cement taken down to bottom. With storm Alex making its presence known the cave was damp! I’ve never seen Four-Tonne Shaft as wet with water entering only a few feet down and making the entire shaft a real shower bath. Fortunately the stream flowing down the bottom tunnel was being captured by the hole Wayne had cleaned out near the bottom end a couple of weeks ago and so did not complete its journey to flow down into the current dig site. The boulder was capped and some of it cemented into wall. Hope the water doesn’t wash the cement out. 2½ hours.

Posted by Spider Hole Dig at 18:31 No comments: 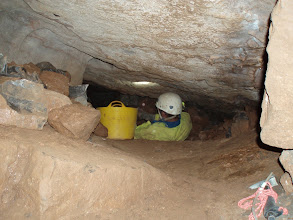 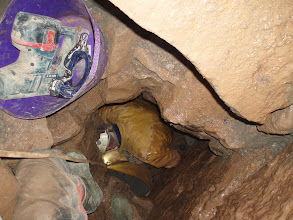 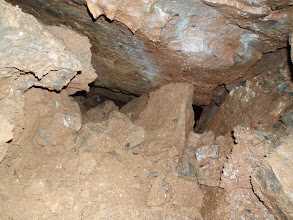 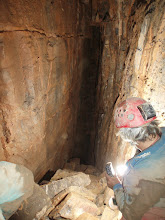 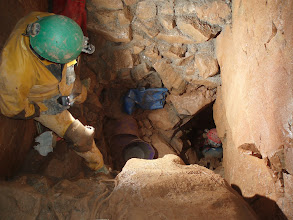 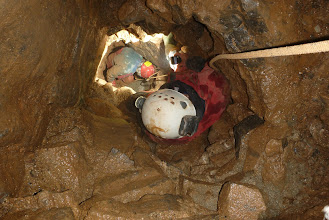 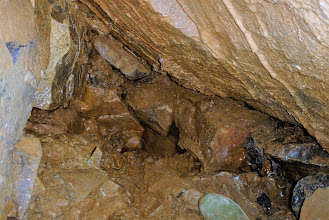 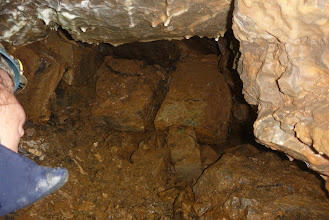 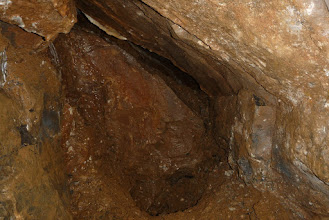 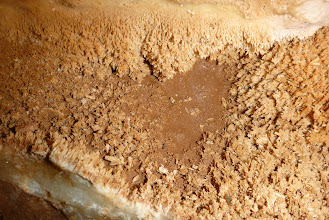 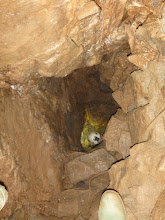